In general, we suggest a half day tour (4 hours) or a full day tour (8 hours).
Please note that in case of half day tours, due to time restrictions, the excursion consists in the visit of one town at your choice, and an optional winery. 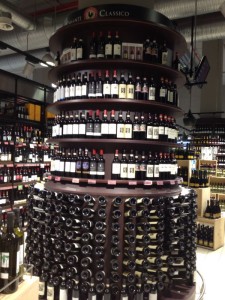 The order of visit of the towns will depend on the geographical position of your accommodation.

Not only the name of a worldwide famous wine, Chianti is, first of all, the enchanting, flourishing countryside stretched between Florence and Siena. According to the time at your disposal, you will visit the villages listed down below.
Furthermore, one or two genuine wineries will be recommended along the way, both for a break or lunch. Winemakers will give you a passionate introduction of the Chianti wine, and in particular, of the wine they personally produce, leading you around their estate and down to the cellars. After the wine tasting tour, the difference between Chianti, Chianti Classico, Supertuscans and other types of Tuscan wines will no longer be a mystery for you. Reservation in the wineries is always required. 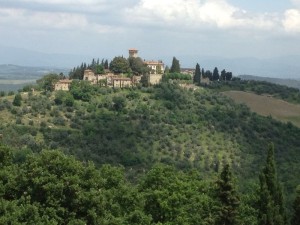 Once the most important market places of the valley, this small town still preserves the original piazza with the covered portico, built to protect the merchandise in case of bad weather. Encircled by houses and shops, the square hosts the Antica Macelleria Falorni, butchers since 9 generations, and the Bottega dell’Artigianato, whose owners still keep alive the Chianti tradition of hand-crafted olive oil utensils.

Built by the Romans for military purposes, Castellina reached its peak of importance in the mid 13th century with the nomination of the village as chief town of one of the “terzieri” (that is, administrative thirds) into which the Chianti League was divided. Today a few sections of the original defensive walls, together with some towers and a covered passage at their base, is all what remains.

A vital post during the wars between Florence and Siena, Radda was the seat of the local governor, called “il Podestà”, and became chief town of the Chianti League from the late 13th century. The town has preserved its medieval plan and part of its outer walls, which have mostly, and curiously, been incorporated in the town houses. You will find the oldest buildings and the church bell tower in the small square at the centre of the town; the Podestà Palace, with its characteristic facade decorated with coat-of-arms, and the Church of San Niccolò opens up right below.

Partly dismantled after the conquest of Siena in 1555, some sections of its walls are still intact, as the central road and the small square with the garrison tower. Panzano is known mainly for its castle, the Church of Santa Maria Assunta and the Oratorio of Sant’Eufrosino.
As much famous as the castle is the Poet Butcher, Dario Cecchini, whose restaurant in Panzano attracts many, many people eager to taste his Florentine Steak , a T-bone cut with the fillet and counter-fillet of Chianina veal, in the company of a terrific man that recites verses from the Divine Comedy while you eat.

Please note that meals, tasting tours, entrance tickets to museums or churches, and tip to the driver are not included in the price we quote.