The entrance to Monticchiello is from Porta Sant’Agata, with the two defending towers on the side, which still display the emblem of Siena. The urban structure is unusually spacious, without the usual oppressive narrow alleys, with plenty of large squares paved with stone.
Every summer is on stage the “Teatro Povero” (literally: Poor Theatre) written, directed and interpreted by the people of town. For this it was described as the “true theatre” or “life theatre”. Citizens of Montichiello, reciting themselves, express their own reality, the real existential and social situations.

Among the most important buildings in town centre are the Church of Santi Leonardo and Cristoforo, dating back to the second half of the thirteenth century, with a structure of a single nave and three apses, with the Gothic facade adorned with a highly splayed ogival portal surmounted by a rosette . Inside, transformed in the eighteenth century, there are frescoes of the Sienese school of the fifteenth century, a table of Pietro Lorenzetti depicts the Madonna with Child, kept at the Diocesan Museum, and a small ciborium in Gothic shape, enclosed by an elegant wrought iron grate made by Pietruccio di Betto from Siena.
Going up the hill you come to the ruins of the cassero tower, now private and not possible to visit, of which remains only a tower-based shoe, crowned by a gallery on corbels, partly in ruins. From above a stretch of city wall and the other two towers can be seen, surviving among the olive trees.

After the depopulation of the fifties this corner of Tuscany, for its scenic beauty, has today become a source of great tourist attraction, especially of foreign origin. The income of tourism has decreed a certain well-being in the area, but with it came the appetites and the pressures for new building speculation that threaten to undermine the specificity that makes this village a real jewel, together with the beauty of its landscape. 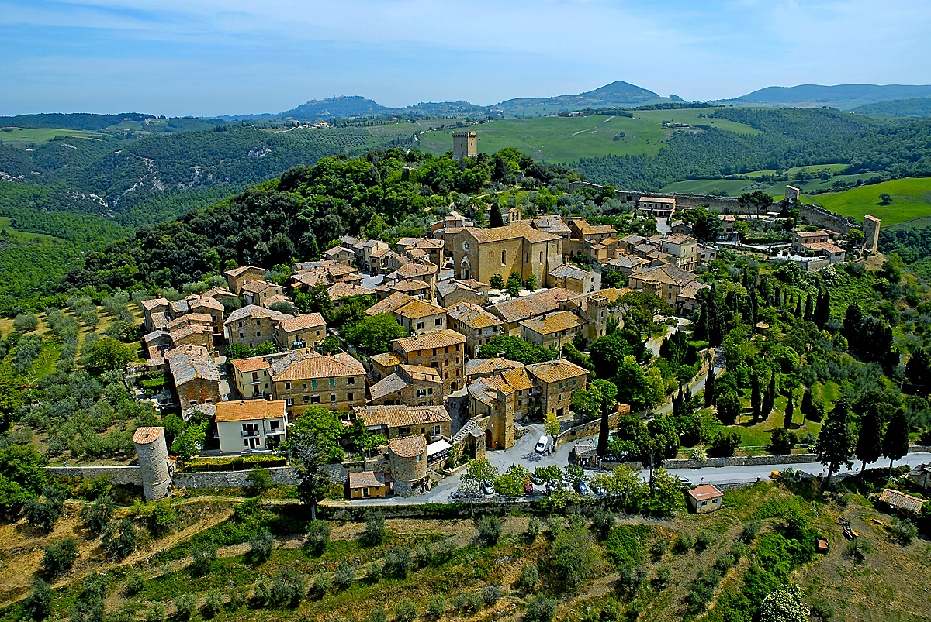